No Result
View All Result
Home Loving ourselves

John Legend Opens Up About How Politics Ruined Friendship With Kanye

by OurKinship
in Loving ourselves
0

John Legend recently sat with political analyst and former White House official David Axelrod for the 500th episode of The Axe Files. The 43-year-old musician, who holds the distinction of being the first Black male to achieve EGOT status, told Axelrod how political differences with Kanye West have strained the duo’s relationship.

“Well, you know, we aren’t friends as much as we used to be, because I honestly think because we publicly disagreed on his running for office, his supporting Trump, I think it became too much for us to sustain our friendship, honestly,” Legend shared. “He was upset that I didn’t support his run for presidency of the United States of America for understandable reasons… he was not happy about that. And we really haven’t been close since then.”

Legend’s revelation is quite the change in tune from what he told the UK’s Sunday Times two years ago. He and West have been longtime friends and collaborators since 2001, with the former signing on as one of the original artists on the latter’s G.O.O.D. Music label in 2004.

But Legend’s last album, Bigger Love, was the first one released since the end of his contract with G.O.O.D. Music. “I just think we’re doing our own thing… We’ve both got growing families and I no longer have a formal business relationship with him as an artist, so I think it’s just part of the natural cycle of life,” Legend stated in his May 2020 interview with The Times. He also told the publication that politics was “never” part of his relationship with Ye and that he didn’t believe he and West were “less friends because of the Trump thing.”

Aside from politics, Legend addressed his feelings about the overturning of Roe v. Wade and the effects of his mother’s years-long absence from the family because of her addictions.

“You know, I think part of the way I coped with it, honestly, was through music. It was through finding other outlets and finding ways to connect with people through music,” Legend said. “And part of it was I just wanted to stay busy so that I didn’t have to go home and, you know, kind of think about the fact that we didn’t have our mom there.” Listen to this complete episode of The Axe Files with David Axelrod by clicking here. 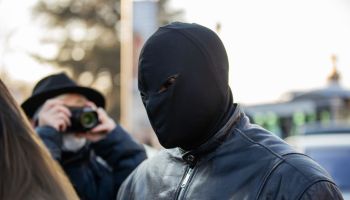 Benni already a ‘hit’ with Ronaldo and Co. at Man United

Over the years, Toya Delazy has made some shock worthy statements about everything from the next Zulu king to ...

Ah, we all love a bit of video content, don’t we? It’s engaging, exciting and a different way of ...

Sheriff Threatened To Fire All His Black Officers, Racist Rant Caught on Tape

Several associates of President Cyril Ramaphosa have been unduly interfering in the Public Protector’s investigation into the robbery on ...

Orlando Pirates fought out a goalless draw with Mamelodi Sundowns on Saturday but they have little time to dwell ...

‘No Bots Over Here:’ This Founder Is Bringing Community Back To Social Media Via New Ad-Free App ‘W/Friends’

By Jasmine Browley · Updated October 1, 2022 As a 31-year-old millennial, Kyle Hatcher remembers the golden years of ...

Illness Leads Designer to Resign From Netflix and Roku to Focus on Himself, Creates App and Community

Life coach and entrepreneur, Shaun Crumméy, was a successful designer working for Netflix and Roku, when he was diagnosed ...

Pretoria’s Palace of Justice has dismissed with costs, an urgent application aimed at preventing a ceremony to install Lekukela ...

MASSIVE shark spotted in the shallow waters in Plettenberg Bay

A MASSIVE shark was spotted in the shallow waters in Plettenberg Bay and was shared on social media. It ...

Iconic pop singer Mariah Carey reportedly doesn’t keep up with her ex-husband Nick Cannon’s growing family according to a ...

Conversations regarding Black maternal health are no longer limited to the circles of Black women. Chanel Porchia-Albert, the founder ...

MadameNoire Featured Video Source: valentinrussanov / Getty If you think people who participate in non-traditional relationships are a fringe ...

On tonight’s episode: Soapie Teasers provided by TVSA Tanya is determined to get to the bottom of things and ...

R24 million has been committed to rebuilding 164 houses by the Free State Government. The money comes from the ...

Sundowns striker Peter Shalulile is confident that the Brazilians will have enough weaponry to breach the Pirates defence in ...

Jeff Schear/Getty Images for James Beard Foundation By Victoria Uwumarogie · Updated September 20, 2022 If you’re someone who ...

Joel McHale makes his return to E! with new show

Joel McHale is returning to E! with a new show titled Celebrity Beef which premieres on Sunday 16 October. ...

Zenizole Vena reportedly knew the two men who raped her

Gqeberha SAPS are conducting an investigation into the death of 15-year-old Zenizole Vena who died after allegedly being turned ...